Most of the ANFF ACT Node staff are represented in this EME group photo - just some of the locals we support. 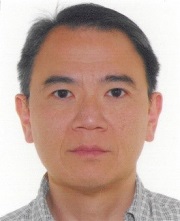 Hoe received his B.E. (Hons) in Electrical Engineering from the University of Melbourne in 1992, after which he worked with Osram in Malaysia as a quality assurance engineer. In 1997, he was awarded the PhD degree from the Australian National University for his dissertation on "Ion beam effects in GaAs-AlGaAs materials and devices". He has been the past recipient of the Australian Research Council Postdoctoral, QEII and Future Fellowships. He has contributed over 450 journal papers and 6 book chapters. He is also a co-inventor in 4 US patents related to laser diodes and infrared photodetectors.

Hoe's research interests include epitaxial growth of low-dimensional compound semiconductors, nanostructured optoelectronic devices, and ion beam processing of compound semiconductors for optoelectronic device applications. Hoe is a Fellow of IEEE and was the past Distinguished Lecturer for IEEE Nanotechnology Council and IEEE Photonics Society. He holds honorary appointments at Hefei University of Technology and Nanjing University. 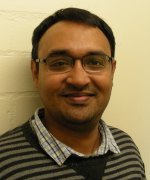 Kaushal Vora received his BE in Electrical Engineering in 1996 from Saurashtra University, India. He then earned a Masters degree in Microsystems Technology in 2004 from Swinburne University of Technology, Australia. His master’s thesis was focused on integrating microfludic channel with an optical waveguide to create a low-cost biosensor. He acquired PhD degree in 2009 from La Trobe University, Australia during which he developed processes to fabricate densely-packed high aspect-ratio microstructures using x-ray lithography. He worked as an Research Officer at La Trobe University, whereby, he was involved in design, fabrication and testing of x-ray optics for phase-contrast imaging using µ-XCT.

Kaushal joined The Australian National University (ANU) in 2009 as a process engineer for ANFF ACT Node. Since then, he has developed a wide range of processes for our flagship equipment that includes Electron Beam/Thermal Evaporator, Inductively Coupled Plasma Etching, Nano Imprint Lithography/Hot Embossing, Plasma Enhanced Chemical Vapour Deposistion and our Sputter system. 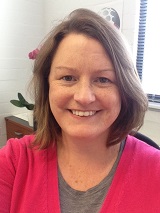 Sue Berkeley previously worked at the John Curtin School of Medical Research, ANU in Administrative positions in the Division of Biochemistry and Molecular Biology, and the Purchasing Department.

Li Li completed her PhD in Material Physics in August 2012 at The University of Sydney. P 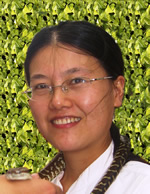 rior to commencing at the ANFF in March 2013, Li Li was a Research Assistant at the Australian Centre for Microscopy & Microanalysis (ACMM) at The University of Sydney, where she had opportunity to operate a wide range of advanced instruments, especially the sophisticated FIB/SEM, TEM and 3D atom probe.

Olivier completed his PhD at the University of Technology Sydney in 2014 where his research was focused on the optical properties of semiconductors. He then took on a research assistant position at the Microstructural Analysis Unit at UTS where he was responsible for the maintenance and development of the CL/PL system. Olivier joined the ANFF ACT Node in 2019 as a Cathodoluminescence/Processing Officer where he is responsible for the FESEM-CL system.

His research interests include optical spectroscopy of wide bandgap materials and plasmonic materials.

Mykhaylo received his BE from LPNU in Ukraine. He joined the Department of Electronic Materials Engineering at The Australian National University as an MPhil student working on novel designs of laser diodes. After completing MPhil he pursued with semiconductor laser research as a PhD student.

Gayatri's core background is in Physics and specialization in Instrumentation Science from University of Pune, India.

Chris began at ANU mid-2013, where he started at EME as a General Technical Officer looking after several general use labs such as Sample Prep, Furnace, Electrical Characterisation Lab to name a few.